The museum also offers a history of local watermen and the Blackistone Lighthouse. The museum store offers an array of unique gift and souvenir items with discounts for museum members. A large pier is adjacent to the museum and visitors are welcome to tie up and come by boat. The museum grounds offer a Potomac River Dory Boat Exhibit, an authentic one-room schoolhouse c. 1820, and picnic tables on the waterfront for a scenic and relaxing picnic experience. The museum, schoolhouse, and grounds are handicap accessible.

Mathias de Sousa cited as the first individual of African descent to settle in Maryland was part of the first group of 140 colonists who landed at St. Clements Island in 1634. The little that is known about de Sousa is included in the museum's exhibits, which relate to the story of Maryland's founding. The nearby island where de Sousa and other colonists first landed and Maryland was founded, is nearby and can be reached by private boat or by the museum's seasonal water taxi.

In March of 1634, Father Andrew White stepped ashore at St. Clement's Island with the first Maryland colonists. It was there that he celebrated the first Catholic Mass in the English-speaking colonies. A 40' cross was erected on the island in 1934 to commemorate the mass and to mark Maryland's founding. The island is now a state park and is accessible by private boat or by a seasonal water taxi operated by the St. Clement's Island Museum.

The museum store offers an array of St. Clement's Island and Blackistone Lighthouse souvenirs, nautical gifts, books, jewelry, clothing, and more. The store is operated by the Friends of the St. Clement's Island and Piney Point Museums with proceeds returning to support museum programs, projects, and exhibits. Crab Claw Museum Store at St Clement's Island is your destination for unique quality gifts. And for the "one who has everything," consider a gift membership to The Friends. Museum members receive a 10% discount on store purchases. 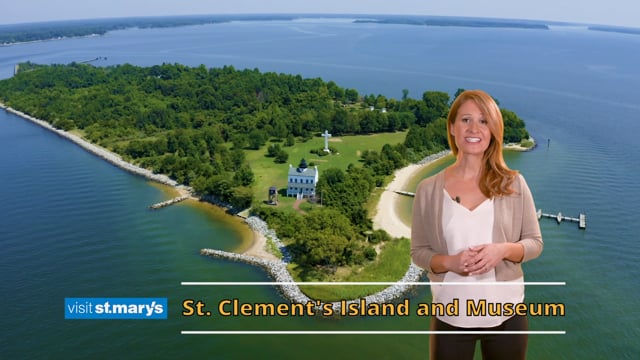