The house and site were purchased and developed by Gerald Meyerman and his wife Victoria O'Hara. Both have lived and worked all over the world in professional capacities, and the artwork and furnishings of Swanendele are a testament to the length and breadth of their travels.

They were captured by the rich history and unmatched natural beauty of St. Mary's County. They bought the property featuring nearly 800 feet of wrap around waterfront in 2001 and slowly, meticulously planned and built the Inn between professional assignments overseas.

Swanendele Inn, LLC has a three-person innkeeper team. The innkeepers are Gerald Meyerman and Victoria O'Hara, as mentioned above; the third partner and innkeeper is Miguel Gavilanez, an American born in Ecuador where he managed the country's leading Andean lodge. Upon coming to the U.S., he earned a degree inhospitality and has worked in prestigious establishments in the region.

The name "Swanendele" is as cosmopolitan and rooted in history as the team at the Swanendele Inn. Swanendele is derived from the Dutch word for "valley of swans." The owners chose the name because of the pair of nesting swans residing on the property in 2001, but also because of the property's historic links to the ill-fated Dutch colony of "Zwaanendael," centered in the area of Lewes, Delaware but extending north through New Jersey to "New Netherlands" and "New Amsterdam" - now New York State and City.

The first innkeeper in old St. Mary's City was Dutch-born Gerrit van Swearingen, who became the first naturalized "American" and has thousands of descendants throughout the U.S. He had been the sheriff of the Zwaanendael colony. In moving to St. Mary's, van Swearingen found many common characteristics between the new colony at St. Mary's and the former Dutch colonies, including freedom of religion, social tolerance, and democracy. 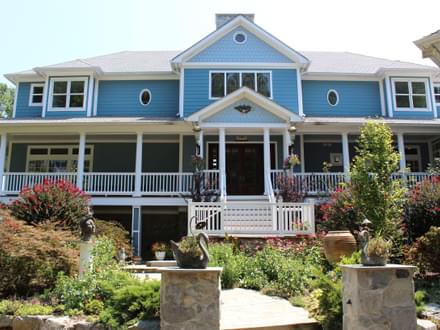