St. Mary’s County contains numerous other historic religious sites including African-American Churches. Check out our Religious Heritage and African-American Heritage Personal Passions pages. Tours may be customized to meet your group’s special interests. You can also shorten the tour or add an extra day! 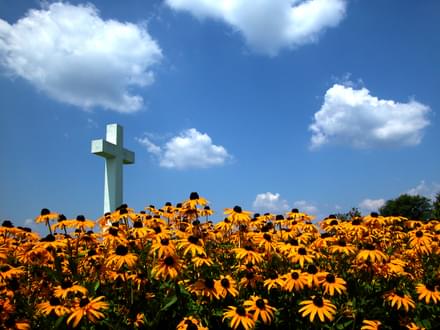 Download the full itinerary to get more information on dining, lodging and side trips.

First Stop: St. Mary’s County Welcome Center. Freshen up at our welcome center located in a historic building that was once part of the Charlotte Hall Military Academy. Explore adjacent Dent Chapel, cited as among the finest examples of Victorian Gothic architecture in Maryland.

Second Stop: Christ Episcopal Church, Chaptico. Tour the Christopher Wren-inspired church and its surrounding graveyard. Once the second largest town in colonial Maryland and now a tiny hamlet, the town was invaded by the British during the War of 1812.

Third Stop: Historic St. Mary’s City. Maryland’s colonial capital is now the state’s premier outdoor living history museum and archeological park. Start with lunch! Dine on your own in the Great Hall at the adjacent St. Mary’s College of Maryland, or enjoy a lunch created to suit the needs of your group right at the historic site. Then tour the site. Hear the story of this early experiment in religious toleration. Tour the reconstructed brick chapel built by the Jesuits in 1667. Enjoy additional living history sites such as the Maryland Dove moored on the beautiful St. Mary’s River, the reconstructed 1676 State House, Smith’s Ordinary and the Print Shop.

Fourth Stop: Just next to the “city” you’ll find lovely Trinity Church perched on a bluff overlooking a particularly beautiful section of the river. The present church was constructed in 1829 using bricks salvaged from the original 1676 State House that was abandoned when the Anglican government moved the colonial capital from St. Mary’s to Annapolis.

Overnight: Stay at one of our finest group-friendly hotels and enjoy the special touches that make you know you are welcome! Enjoy a complimentary breakfast before beginning a second inspiring day!

First Stop: St. Clement’s Island Museum and St. Clement’s Island. Maryland begins here! Learn about the harrowing trip of the first 140 Maryland colonists—both Catholic and Protestant, and their commitment to religious toleration. From Memorial Day through September, take a boat ride out to the island and view the large cross commemorating the first landing and the first Catholic Mass celebrated by Jesuit voyager, Father Andrew White.

Second Stop: Set on a lonely point in the Tidewater landscape, St. Francis Xavier dates to 1766 and is part of a 700-acre tract still owned by the Jesuits and once a plantation known as Newtown Manor. The charming and unique architecture and the river views are sure to enchant.

Third Stop: Lunch: Enjoy lunch at a casual waterside restaurant with views of Breton Bay or lunch in historic Leonardtown.

Fourth Stop: St. Andrews Episcopal Church is yet another architectural gem with unusual inset porticos and a rare hand-painted altar screen, or reredos. The church was designed by William Bolton, master woodcarver known for his woodwork at nearby Sotterley Plantation.

Board bus for return trip.