Route 5 and Route 235 converge in “South County” at the tip of the St. Mary’s Peninsula where Point Lookout State Park is located. St. Mary’s College of Maryland and Historic St. Mary’s City border the picturesque St. Mary’s River. The latter is Maryland’s original settlement and original capital and is now a renowned outdoor living history museum. The area offers seafood restaurants, marinas, and charter fishing plus bed & breakfasts and a winery. Point Lookout State Park is a favorite for fishing and camping. The flat terrain makes South County a great place to cycle - this is the endpoint of the Potomac Heritage National Scenic Trail.

St. Mary's City was founded in 1634 by a group of English settlers led by Leonard Calvert under a proprietorship conveyed by King Charles I to Leonard’s father, George Calvert, Lord Baltimore. St. Mary's City is considered the birthplace of religious tolerance in the United States and the settlement served as Maryland’s capital until it was relocated to Annapolis in 1695. By the mid-20th century, the site had subsided into farmland with a few private residences and an expanding school that would become St. Mary's College of Maryland.

Point Lookout forms the tip of the county (and the western shore of Maryland) at the confluence of the Chesapeake Bay and the Potomac River. Captain John Smith explored the Point in 1612. It was included in King Charles I's grant to Lord Baltimore. During the American Revolution and the War of 1812, it was the subject of British raids and served as an American lookout for British Fleet activity. In 1862, the federal government erected Hammond Hospital on the Point. After the Battle of Gettysburg, Confederate prisoners were incarcerated at Point Lookout. Between 1863 and 1865 nearly 50,000 prisoners were held there. 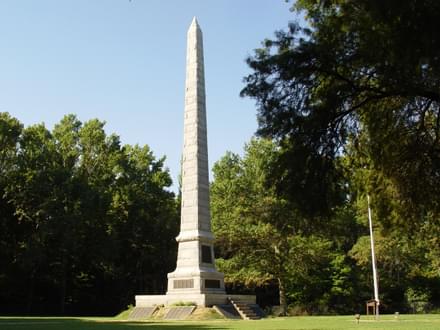 During the Civil War Point Lookout State Park was a prison camp that held 50,000 Confederate soldiers. One of the three related memorials outside the park’s... 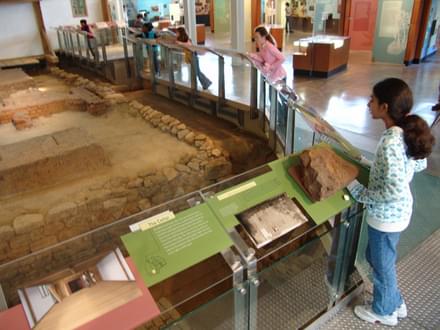 The St. John’s Museum at Historic St. Mary’s City is actually built over the fully exposed archeological dig of the site where Maryland’s earliest legislators...