Less than half an hour from the Washington beltway to the county’s northern edge. Farmers’ markets, Amish and Mennonite farms, and motorsports venues are located here.

The historic section of Charlotte Hall just off of Route 5 is home to the St. Mary’s County Welcome Center and the Charlotte Hall Veterans’ Home. They occupy the site of Maryland’s oldest military academy. The multi-use Three Notch Trail leads to the Amish market at the Charlotte Hall Library - a great place to pick up seasonal produce and a whoopie pie. Route 236 winds through Amish country to Budds Creek, home to three major motorsports venues and Wicomico Shores Golf Club with greens along the Potomac River.

In 1698, in response to a serious outbreak of “pestilence” in the colony, the Maryland General Assembly gave orders to establish one of the nation’s earliest hospitals beside springs noted for their exceptional purity. Although there is no evidence the hospital was ever built, the springs survive. In 1774, Charlotte Hall School was established nearby. Its military department was added in 1852 and it became known as the Charlotte Hall Military Academy. The school continued to function for 202 years. Upon closure, the site was sold and most of the buildings were demolished to make way for the Charlotte Hall Veterans’ Home.

Amish families moved to St. Mary’s County from Lancaster, Pennsylvania beginning around 1940. They were attracted by inexpensive land and less restrictive educational laws. This was the first Amish settlement outside of Pennsylvania in 100 years. 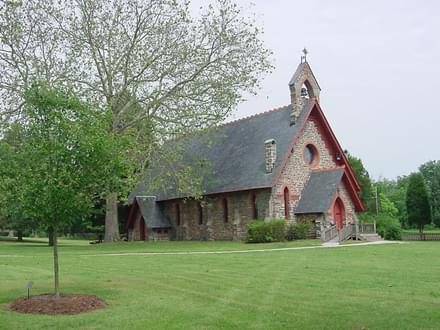 Dent Chapel on the grounds of the Charlotte Hall Veterans’ Home is among Maryland’s finest examples of rural Victorian Church architecture. 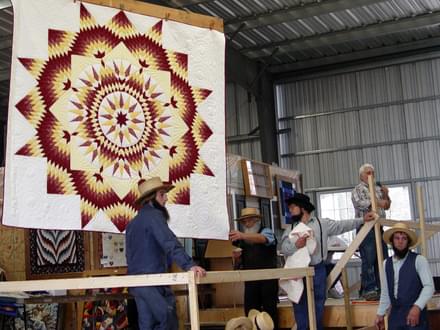 The Amish Quilt Auction takes place on an Amish farm and on a Saturday in mid-November. It features amazing quilts hand-sewn by the women of the community.